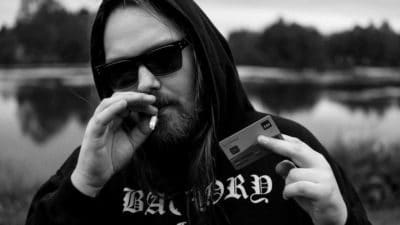 In only four years, Varg has build both a solid following and discography, releasing impressive dark lo-fi techno and murky ambient for Northern Electronics, Posh Isolation or Ascetic House.

But when he could have easily turned into a parody of himself and ride the wave for a while, Varg somehow reinvented himself with its latest record «  »Nordic Flora Series Pt.3 (Gore​-​Tex City) » ». Hosting vocals (his Yung Lean featured track is a must-listen) and at times clearly melody driven, it brought his melancholic atmosphere to new heights.